You can always tell a real friend: when you've made a fool of yourself he doesn't feel you've done a permanent job. ~ Laurence J. Peter 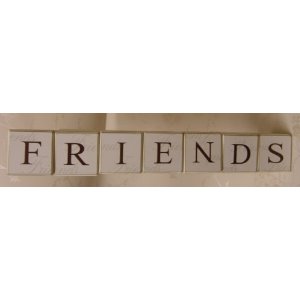 I have to tell you a funny story about something that happened to me today. As I was scrolling down my page on Facebook this morning there was a video one of my friends in Ontario, Canada, had posted of her uncle playing the accordion and singing during one of the Sunday services at the church we attend there and she'd written a description saying, "Uncle Obed did a nice job!" or something like that. I clicked on the video to see who it was because the picture of it on my page was quite tiny, and I am still not sure who is related to who there. Well, up pops the video and I'm thinking, "That's Sharron's Uncle Obed? But that's Hobart!"  Dear Hubby and I had been calling him Hobart for the past two years! And then it dawned on me that we had really lost his name in translation from the "Newfie" way of talking. 99% of the people who go to the little church there are originally from Newfoundland/Labrador and even tho they speak English it's a dialect unto itself. After spending so much time with them the past couple years we've grown accustomed to it and rarely don't understand something someone has said. But poor Obed! Here we'd been calling him "Hobart" all this time! You see, the Newfies drop the letter "H" if it shows up at the beginning of a word so 'home' is pronounced " 'ome"..."hair" is " 'air"...''heaven'' is " 'eaven." And then they add "H's" to the beginning of words that don't normally have them. "Amen" becomes "Haymen" and "air" will then become "hair". Kind of confusing until you get the rhythm and cadence of their speech patterns. They also don't say the "th" sound...it's just "t"...like 'thank' is 'tank'. So our friend "Obed" is pronounced the Newfie way: "Obed" becomes "Ho-bed" but they speak so fast it sounds like "Hobart". Ok, that's funny enough, right? So here, as we've shaken his hand when we've seen him, we've been saying "Well, hello, Hobart! How are you?" and he's been looking at us like "Who?" but he's so sweet and gracious he's never corrected us. And a time or two when we've been at the Pastor's house and I've said something about "Hobart" he or his wife will speak up and ask, "Who?" and I'll say "Hobart!" and they're like "Oh, yes, Ho-bed!" and I'll say, "Yes, Hobart!" LOL! Well....today when I saw the video and realized our Hobart was Uncle Obed I was mortified! I sent a message to Sharron telling her how embarrassing it was to admit our mistake but she and I got the virtual hysterical giggles over it, haha! We always have dinner at either the pastor's home or, if they have other social obligation with visitors (we're considered part of the congregation now) someone else will have us over. And when it's just us with another couple or two we follow the conversation just fine, but if we get into a big group....Sharron and her husband usually have a houseful....and they all get to talking Newfie together, oh my word is it a challenge to keep up.  They talk SO fast! I could listen to them talk all day tho, it's just so charming! There is one rather remote spot in N/L where even most of the Newfies have a hard time understanding the dialect of those who come from there. The head of our faith's Canadian churches is from that region and I haven't heard him preach often thru the years but he purposely starts out slow and easy when he does preach in the American churches.  Once he gets excited or passionate, fuhgeddaboutit! You can't understand a thing he says!   At least I can't!  When I told Dear Hubby about our goof-up when he got home we both had a good laugh over it. Just like Sharron did when I told her we'd been calling her uncle "Hobart" for the TWO years we've gone there!
Posted by MissKris at 3:49 AM

That IS a funny story Kris! I wonder what was really going through their minds when you all kept call him Hobart. Thanks for explaining the dialect; that's quite fascinating - like pig language or something. lol

Oh, forgot to say that I'm glad you and your husband have found a place you like to worship.

I had forgotten that you did a post titled, "Friends!" I just wrote one titled the same. Imagine my smile as I paged down in your blog and saw the title. Maybe yours sat in my sub-conscious and inspired mine.

Oh Kris, I seem to have a hard time laughing. I tend to be more sober I guess. But oh, I laughed and laughed as I read your blog and Bob was laying on the bed watching the news and he said,"Dea, are you laughing? All I could was laugh. Finally I was able to tell him. It feels so good to laugh.

Always interesting to read stories about dialects and such. I still remember laughing the first time I heard a southern accent. My older (by quite a bit) brother- a salesman- was ordering at a local "DQ" type place in Tennessee, fast like only a salesman can. To which the guy at the counter said, "Beg'a PAHHHH-don?" Busted us kids up. 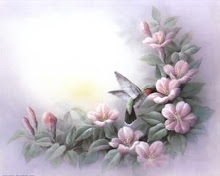